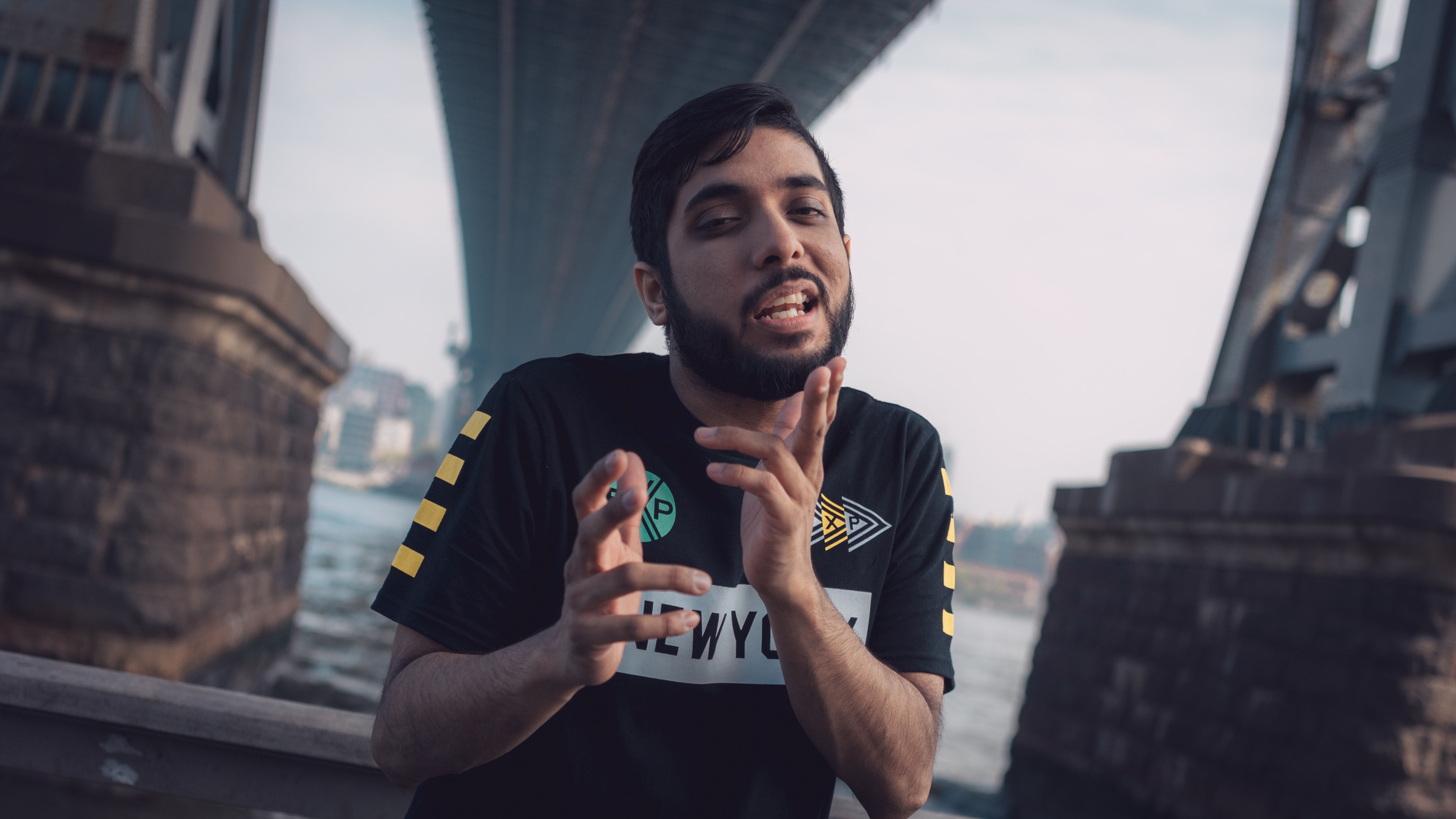 Why accent should not stop you from speaking English well?

Italians find it difficult to say “th” in English words, so they pronounce them as “d” in “the” or “them”.

You might have often also wondered while speaking English:

Do I have an accent?

Does it matter if I have an accent when I speak English?

Even the nation that gave the language English to the world has multiple accents!

Culture and historical background play a big role in shaping your accent.

Hence, cultural diversity affects how you speak English. It doesn’t mean you say it right or wrong.

“Is there any difference between pronunciation and accent, then?” Let’s answer this question.

What is the difference between pronunciation and accent?

Pronunciation is the way you say each syllable of a word.

For example, saying “dawn” for “down” is not correct.

While “day-tah” and “daa-tah” are two different pronunciations and both are correct.

The difference is in the UK, US, and Australian English dialects. Here, it's more about the accent.

“humor” is “humour” in UK English. The former is American English and also adopted into Indian English.

It means that every region has its variety or quality of language. Hence, when you speak some specific words, your dialect affects how you say them.

When an Indian speaks they have a different rhythm and melody than an Italian. When an Indian talks with another Indian, they most likely understand the origin.

This doesn’t make one right or wrong; it only highlights cultural variations due to  geographical differences.

Such as: “English” is “Inglese” in Italian. They also can’t pronounce “th” in “thought” properly. Instead, they use “d” as in the word “the”.

But pronunciation is more important for effective communication. Hence, you should put more emphasis on pronunciation than accent.

All these three have the same first four letters, yet each word sounds different. The key is to focus more on how you pronounce these words. So that you can bring clarity to each conversation.

However, sometimes it gets confusing if you learn English as a second language. Because your origin is from different geographical locations of India. Such as Rajasthan, Uttarakhand, Nagaland, Mumbai, Tamil Nadu, Karnataka, etc.

And it can affect your way of pronouncing some words which can make you think if you’re speaking them wrong.

So, when you think people don’t understand what you speak in English, it’s probably due to pronunciation. And that’s the reason you might also feel low on confidence.

“So, how can I overcome this lack of confidence?

The simple answer is you can’t change your accent. Why?

Because it’s in-built due to your geographical and cultural background. But you should understand that clarity and pronunciation do matter.

Why? Let me answer:

Because it affects communication. And you can improve your pronunciation by following some simple ways below:

Make accent a part of your identity

There’s a great old British sitcom named Mind Your Language. An English teacher teaches English to people from different countries, religions, and backgrounds. All the people are his students in the classroom.

All the people are there to learn English as a second/foreign language. Everyone has a different meaning of a word. And they pronounce it differently according to their regions. The show ends with everyone giving exams and finding out how they fared.

Why am I talking about this show?

The show takes a comic approach to show some biases towards a region. This brings us to an important issue: accent bias.

What is accent bias? Let me explain

Accent bias happens when people form judgments about a person based on their regional accents. If you ever find yourself at the receiving end of such bias, just remember it speaks nothing about you as a person. And try to find humour in it.

People from Gujarat have a different accent than people from Uttarakhand. The popular Indian comedy show Taarak Mehta ka Ooltah Chashma is a great example of showing this. It takes a light approach to people making stereotypes of different regional accents.

I for one had a different tone of speaking some words at my first job. There was a North Indian touch to some words. Such as pronouncing the word “characters” as “ke-rac-ters” instead of “ka-rac-ters”. And a lot of colleagues pointed that out too.

When I realized I do have a North touch to some of my words I tried to improve it. So, accept your unique dialect and accent as a part of your identity.

The message is more important

The purpose of learning a language is to speak it in a fluent and clear manner. So that the message you want to deliver doesn’t get lost in the translation

However, some people might want to learn British or American English accents. And that is a very wrong approach. Instead, learn English to deliver clear messages that people can understand.

For that, put more focus towards learning the pronunciation of the daily use words. This could include every conversation in your office like:

Hey, how is your work going?

Did you happen to catch yesterday’s match?

You should also remember some things are out of your control. And then there are those which are under your control. Figure out the ones that you have control over.

You can change your approach to learning the proper pronunciation of a word. Hence, you can work on speaking slow or at a natural pace that makes your words sound clearer.

And if you think you made a mistake, acknowledge it right away. You can also excuse yourself by saying:

“Sorry about that, I am learning to speak it properly.”

Accent doesn’t matter if people can understand you.

Miscommunication becomes a hurdle between people with different dialects and accents. In a professional setting, you have to deal with a lot of foreign clients.

It may happen that they won’t understand your way of speaking a word. The first step to not letting it bother you is to know that you have an accent and acknowledge it.

There would be a few instances when even you won’t understand their accents. So, how do you let them know that you don’t understand? A simple way is to excuse yourself, and ask,

“Hey, I am sorry but I am unable to understand what you just said. Can you please repeat that?”

If someone is speaking too fast and you feel like you’re missing some words, you can excuse yourself by saying:

“Excuse me a moment, please. I think I missed your point, can you please speak a little slow?”

Take note of what you didn’t understand. So that you can learn that and keep it handy alongside you whenever it happens again.

You can also keep notes on your desk that are most used in English and keep practising them.

Having information about different accents can help you in the long run. If you pronounce a word correct, people will have no problem understanding you.

The way you use your eye contact, gestures, and expressions speak more than the accent you use. You can add emphasis on the important words. It creates more impact and people would give you more attention to what you speak.

For example, keep your smile intact whenever interacting with people face to face. Look into their eyes more to establish your control. Use your hands when you explain a difficult topic.

It gives you more confidence. Take pauses when necessary. In turn, it also helps you recollect and recall all your points. While it is difficult to keep yourself focused on a long topic, you can ask questions in between. Such as:

“Are you able to understand what am I speaking?”

“What are your opinions about it?”

Grammar and diction also have a role to play in body language. If you have control over grammar, people know that you have command over the language. They will be more interested in what you have to say because they understand you know what you are saying.

Establishing contact with your audience is easier when you use your expressions well. Give a simple nod when someone asks a question to acknowledge them. And if you are unsure about how to answer it, you can say “I’ll get back to your question later.”

Be proud of yourself as a bilingual

Learning English as a second language gives you the power of knowing more than one language. You can use that power in explaining a topic in your hand.

For example, you can cite some funny examples of how people say a word in your language. You don't have to feel inferior that you have a different accent. You can use that to explain how different regions have their unique way of saying things.

You can also use sayings and proverbs from your region. While doing that, you also come to know where you can improve. And you will learn how exactly is that different from your pronunciation.

Your accent makes you who you are and it’s something that you can’t control. Accents matter only when it creates diversity in an environment. Different accents give an insight into your personality, community, and belongingness.

They can help you strengthen your grip and hold when you learn a second language. You can inherit some things from your cultural background to make informed decisions.

Moreover, it helps you create your identity while gelling with new people. You can ask questions about how their culture is different from yours. And you can share your experiences too.

You can also differentiate between the sounds of different vowels in your language. Some sounds don’t exist in a language, while they do in others.

You can use that to practice and improve in front of the mirror. How your tongue and mouth move and how it differs in any other language.

It will help you learn how certain words sound different when you speak a new language. And how they can change their meanings too.

So, next time when you converse in a second language, learn how to enrich that experience instead of focusing on your accent.